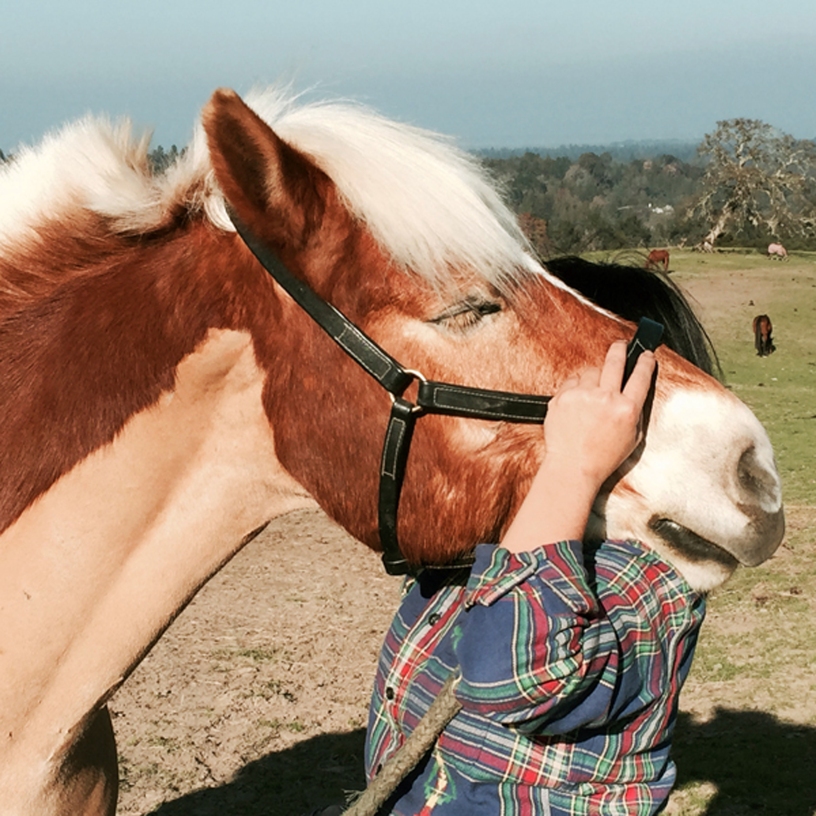 Pu´ca. During Pu´ca’s first session I am employing the Masterson Method ‘Heads Up’ move to encourage more relaxation at the Poll/Atlas Juncture and he is just starting to relax into it.
Read Pu´ca’s Owner’s Feedback
photo by Amy S. 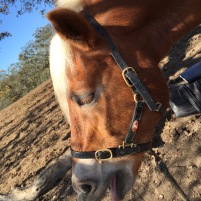 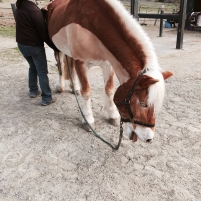 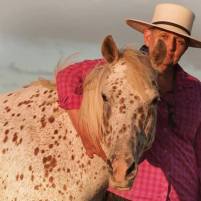 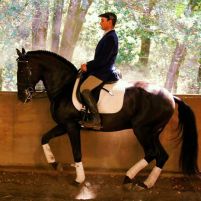 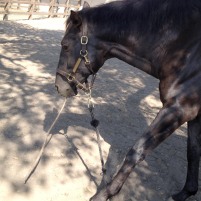 Serelepe do Arete: Serelepe bites on a stick while he releases tension – better than on me! 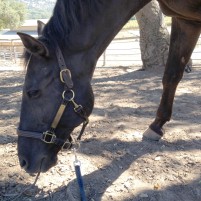 Serelepe do Arete: Serelepe continued to work on this stick while he processes and works through tensions… 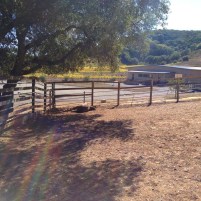 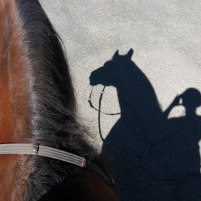 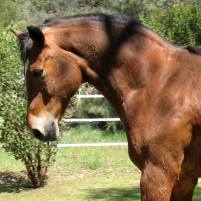 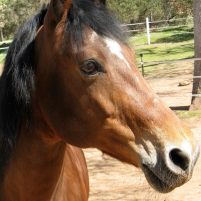 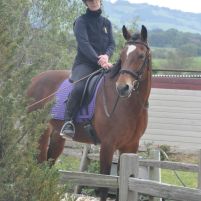 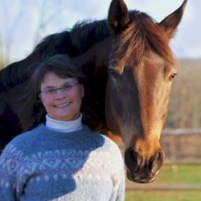 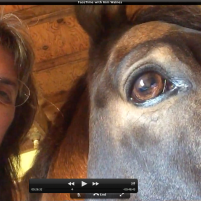 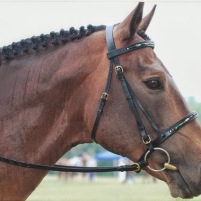 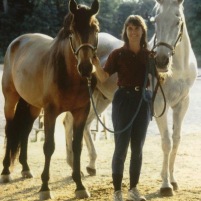 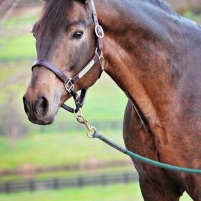 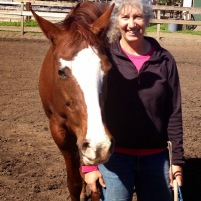 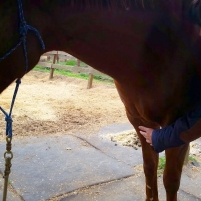 Cheyenne, 2nd session she was much more open in the heart area
photo by Susan Osofsky 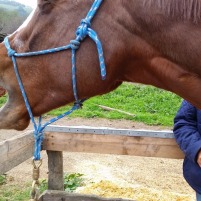 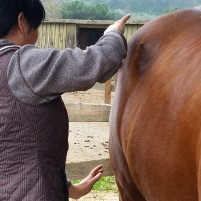 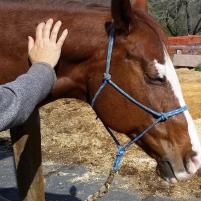 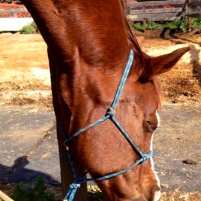 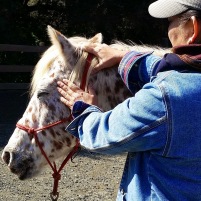 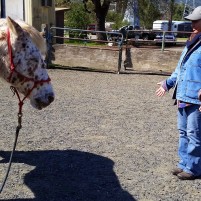 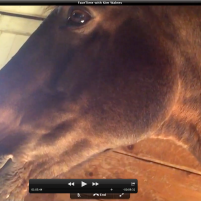 Kim says Gideon smiles when he is pleased! 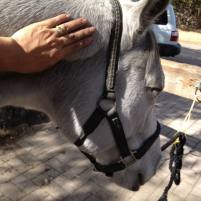 Jessica Rabbit
Shared a little energy with Jessica Rabbit today. She is the sweetest horse. We moved over to the paddock after this photo so that she was not tied and she was very interactive as to where she wanted the work. “Please touch my neck here”, “now my face here, ears, more at the top of my neck please” and even a “thank you” at end. What a sweetheart! 10/14 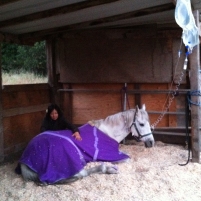 Energy Work w/ Bingo…
Bingo, a Connemara/Arab cross was an ex-polo horse, he was also known as “the miracle horse”. He was such an upbeat, savvy horse – he just understood many things. Stasia & John, are brother & sister and ‘his people’. John used to ride him up on the very narrow hilly trails of the ranch to do maintenance, and I remember watching them ride off together, John carrying a longneck clipper like a lance while Bingo happily trotted along and up into the hills John & Bingo, Stasia & Nemo went! I heard that oftentimes, during the trail trimming, limbs of trees would fall around and even upon Bingo’s back and Bingo would stand stock still. He took care of you.
5 years earlier, he had survived an intestinal blockage, & surgery to remove the constriction in his intestine (that could recur), and in the following days and months, 4 more colics. He was a tough horse.
5 years later and on a very restricted diet, Bingo was a survivor!

The colic shown occured in May 2014. Stasia, his owner called me and told me that Bingo was not doing well in this colic episode and asked me to do a healing journey for him. Their vet had been attending him during the day and it was decided that if he did not improve or pass manure by nightfall that they would need to euthanize him as they knew it was a blockage and another surgery was decided against. I had been attending a Shamanic Workshop with Hank Wesselman, and on the way back in the passenger seat of our car I rattled my travelling rattle and asked my Spirit Counsel & Bingo’s Spirit Family to join me in my Healing Circle and to help Bingo.

My Spirit Guides came in from their respective directions and went straight to work. The long and short of it was that each Spirit worked their magic on healing his body, and ultimately I saw Bingo lay a pile of golden poop. It was shiny and GOLD like the pot of gold at the end of a rainbow!
I called his owner to share what seemed to be great news! She told me, in fact, that he had just passed some manure – Finally! We all breathed in relief. I stopped by the ranch to see him on returning to Portola Valley and was able to do some hands-on work. It helped his comfort levels.
He was weak, and exhausted, but Bingo survived that day! 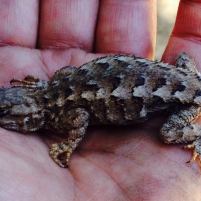 Energy can be shared with everyone!
This little bluebelly lives in my horse’s paddock. She let me catch her and then relaxed on my hand for almost an hour. She didn’t seem to mind the sounds of friendly conversation or the iphone close to her as i snapped a couple shots. Maybe she felt my energy as i felt hers; it was a gentle hum vibration in my hand…nice!